Everywhere in Brazil goods are sold on the basis of a 12-month ‘parcelado’ out of monthly income at source. The result is that every household has a jotter in which the running-cost per month of these deductions is recorded – just as the banks, a major player under the terms of “crédito consignado”, notify the citizenry of any current and future deductions arising from such purchases at the head of every bank statement – a scary block of liabilities which makes every retail addict shiver. (This ticker-tape of bad news is routinely delivered at the ATM.)

lled havaianas, bedizened namorada and anything else which is not fixed to your skeleton by living tendons has been chalked up on the “sem juros”, then the chances are that a quaky economy is likely to bring those rental walls down around your ears some time in the future. And that is the great risk facing milliions in Brazil today. Exchange rates and inflation to one side, it is paying for all that personal clobber bought on credit in the form of zero-interest purchase – in which the bank’s profits have been ingeniously loaded onto the retail price at point of sale – that is going to hurt the newly-created consumer masses the most. (A massive 40% became new bank-card owners in the last 15 years by some accounts.)

END_OF_DOCUMENT_TOKEN_TO_BE_REPLACED 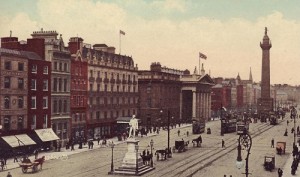 END_OF_DOCUMENT_TOKEN_TO_BE_REPLACED

A lot about the current “Revolution” in France, “manifestations” in the best Left-wing tradition, and disarray at the petrol pumps, &c. I’m quite keen to hear views about the actual issues. Without sheltering behind faux-naivete, it does seem that Hollande’s reforms are what the economy needs to function – a sort of latter-day Thatcherism perhaps – while the strength and depth of French Labour movement constitutes a major political obstacle to any such reforms. Longer hours? Well, yes. Shorter contracts – yes to that, too. Limited periods of compensation for lost employment, well … 15 month does seem quite a long time to recuperate from the shock of losing a life-long job in a car-assembly plant. 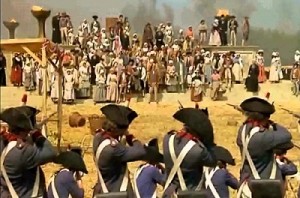 Everything about the present events stands against the background of a Social Contract drawn up, not at the French Revolution, but under Le Plan Economique in the 1960s when France effectively re-tooled as an industrial society to amazing effect. (Mirage, Citroen, TGV and all that.) It might look as though this is the Monetarist Right against the Socialist Left but it is really a much more Centre-Right affair and much nearer to the feeling of the governing class in France than Le Pen.

It may be reprehensible that there is such a class but in France, if there is one thing you can say with some assurance it is that there IS a governing class in France just as there is an educational elite and an “agregation”. Previously I have blamed the doctrinaire persistence of French “revolutionary” ideas about citizenship for the mismanagement of the terrorist crisis and, more widely, the whole history of emigration. It is quite possible for the Left to err in this respect just as much as the Right and if they think they’re marching towards the Bastille they may find themselves arriving at a vacant lot behind the Champs de Mars. (Anyone for tennis?