How to tell students not to act up in their dormitory town? This is to my mind an interesting example on the ‘how-not-to’ side of the question.

The Provost of Cromore College on the banks of the lovely Bann is full cry – employing her distinctive brand of social worker-ese to forewarn Freshers of the dire consequences should they drop their sweetie-papers in the scenic landscape where the campus was set down like a jam factory forty years ago – or turn up the volume on their boomboxes during Drunken and Promiscuous Parties in Portrush or Portstewart.

It must be said that DPPs seem an obvious desideratum for a student body training to provide the leadership cadre of Ulster society in the future. But the Provost takes a different view. “I must advise you, in the strongest possible terms”, says our sweet-faced disciplinarian, “that the University takes these issues extremely seriously. Under its Ordinances and Regulations, the University will act fairly but firmly when students step outside acceptable behaviour.” END_OF_DOCUMENT_TOKEN_TO_BE_REPLACED

“Ulster” – as we call our alma mater –  is a regional University, and furthermore a regional university that serves a region of the United Kingdom with specific economic problems which may be broadly epitomised by the words backward and underdeveloped. By backward – or even backwards – I mean that it has a knack of regressing in historical time and throwing away its relative advantage, and by underdeveloped that it has enormous potential which has simply been neglected in a fit of distraction caused by failures of social imagination – or else too much imagination in a socially-destructive sense.

There is no novelty or outrage in saying so:  this is the sub-text of the first page of the University’s Corporate Plan for 2011-16 in which its leaders profess themselves to be “mindful of the economic and political climate in which we are operating over the planning period” while implicitly identifing sectarian divisions as the dominant reality in a preface which speaks of “fully […] rebalancing Northern Ireland’s economy and society”. (Ask yourself, what is out of balance in that economy and society at present?)

As everyone knows, the Titanic sank in 1913 and Harland & Wolff ultimately suffered a similar indignity when shipping manufacture moved to other points on the globe where the relative advantages of manual skills and low wages formerly enjoyed by capitalists in Ulster were newly available at points of the compass other than the UK.  Not to mention the diminished importance of hemp as the raw material for sheets (maritime and marital), shirts and ropes- all finally trumped by cotton and afterwards synthetics in still more recent times.

END_OF_DOCUMENT_TOKEN_TO_BE_REPLACED

One of the symptoms of the current craze for corporate-speak at the University of Ulster is the wearisome repetition of the words “dynamic”, “innovative”, “modern”, “inclusive” … &c., &c. – all of which appear on the refurbished University web-site and are echoed tirelessly in public speeches and in interviews with the Executive. A case in point is the clever cascade of ideological prompts on the new Greater Belfast Development pages:

This reflects a systematic effort on the part of the Senior Executive to re-brand the University as a “can-do” institution with the capability of lifting the Northern Ireland economy to a new performance level through its increasingly “professional training” orientation. As Vice-Chancellor Barnett has often said, “If you want to contemplate the meaning of life, go somewhere else. This is a technical university.”

END_OF_DOCUMENT_TOKEN_TO_BE_REPLACED

There’s something wearisome about the perpetual resort of Senior Executives at the University of Ulster to the loaded phrase “work ethic”. It strikes a marmish tone which, in spite of good intentions, implies the moral superiority of the teacher to her students. On reflection it seems likely that the phrase is being consciously bandied as part of an earnest attempt to modify the ethos of the University and hence Northern Ireland by positioning the former as an exemplary institution.

While the pragmatic aim is to sell the Greater Belfast Development to its political stake-holders in the Northern Ireland Assembly as a lever of change in an economically- and socially-challenged region, the trick is to represent the new campus as a mini-Reformation with the same transformative power on the social plane as those shiny new buildings will purportedly have on the other.

Unfortunately this is also a matter of religious histories and more specifically the traditionally-perceived differences between Catholics and Protestants since individualism and hard work are stereotypically regarded as Protestant while sociability and “craic” are deemed to be a salient part of the Catholic heritage.

END_OF_DOCUMENT_TOKEN_TO_BE_REPLACED

You remember the old days when we used to be sitting around in the Senior Common Room chewing the fat about the Corporate Plan and the best way forward for the University of Ulster and the whole of Northern Ireland? That was the wonderful thing about the SCR – we could share our thoughts and ventilate our feelings among friends and colleagues without having to resort to … well, a blog like this one!

It didn’t seem to matter if you let off steam, either. Supposing you thought a member of the Senior Management was losing the run of himself, or taking things a step too far (or a step too short) you could just walk up to him and say, “what are you having?” – and in an hour or two you had the whole thing sorted – talked through from top to bottom long before closing time.

We even had a name for it – parity of steam. In those days, steam valves were thought to be a great thing altogether. Some expert even invented the word “cybernetics” to explain how a steam valve could be used to make a machine work more efficiently, or even achieve “perpetual motion” – something that happens to me all too often on a drinking spree. (Of course, you had to keep pouring in the drink to keep it going.)

END_OF_DOCUMENT_TOKEN_TO_BE_REPLACED

For anyone who believes that the enforced closure of the Senior Common Room at the Ulster University campus in Coleraine was the handiwork of a conceited corporate clique of university executives and their banking partner Danske in consort with the “out-sourced” caterer Mount Charles, the breaking news that Danske is withdrawing from the South of Ireland comes with a bitter-sweet aroma. For anyone who believes, in addition, that the “partnership” which put the CEO of Danske in the Chairman’s seat at the University Council was a devil’s handshake from the outset, the news comes as confirmation of the folly of an overtly monetarist administration.

Having taken over the Irish National Bank in the Republic and the Northern Bank in Ulster, Danske is now closing individual customer services in the South and padlocking its branches throughout the North.

Its retreat in good order from the private sector – having reduced a purported £400 million losses in 2011 and £2.8 million in October 2013 – has not impacted on its international standing. To the contrary, of course; but it certainly bespeaks a diminishing commitment to communities in either part of Ireland, making it harder for Danske to look like a credible philanthropist whenever social investment is not directly linked to profit.

A recent judgement for €2.47 million against John Perry,, the Irish Minister of Small Business, may be sufficient to wipe out the remaining deficit – as well as sparking a cabinet scandal [see Independent.ie – online]. In recent years, Turkey has become the first national language of the Republic, and Danske has shown its international credentials by talking it better than any other.

END_OF_DOCUMENT_TOKEN_TO_BE_REPLACED 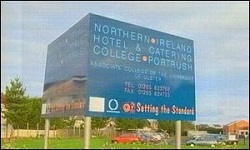 When the University of Ulster decided to migrate the Catering College from Jordanstown to Portrush in 2001, the hospitality industry was up in arms.

Answering his critics, the Vice-Chancellor Richard Barnett said he “wanted to establish a centre of excellence in research and consultancy for the industry”, and pointed to “cross-border tourism body in nearby Coleraine” as a substitute for the benefits of on-tap work experience in the hotel capital of Northern Ireland. That tourism body now occupies a rental office in a former shirt-factory on Beresford Place in Coleraine which has trouble paying its rates while the Catering College is a now a nasty pile of rubble.

END_OF_DOCUMENT_TOKEN_TO_BE_REPLACED 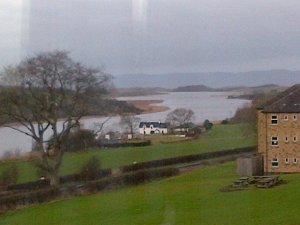 The University of Ulster’s Administration has abolished the Senior Common Room and converted its scenic premises on the top floor of the catering block – with stunning views of the Bann estuary – into a set of rooms variously designated “corporate dining”, “high-quality meeting rooms” and “teaching suites” in their publicity statements. Which of those alternatives will actually emerge is a matter of speculation. Which was originally intended is less uncertain since the Senior Executives surrendered their former glory-hole to the second-floor refurbishment of the student catering area.

In the famous words of the Elizabethan diplomat Sir Henry Wotton, an “ambassador is an honest gentleman who lies for the good of his country”, and anyone who believes the press releases of the University’s “spokesperson” in this matter  – all of them transmitted under pressure from the student sit-in conducted during 2nd-19th December 2013 – obviously hasn’t heard of Watergate, or any other -gate of more recent memory. (Let’s call this one Banngate for convenience.)

END_OF_DOCUMENT_TOKEN_TO_BE_REPLACED

In spite of the increasingly democratic character of the Senior Common Room  – which admitted postgraduates, routinely hosted undergraduate clubs, and had been acting as a venue for budding poets and musicians for some years past – an undeniable air of privilege clings to the identity of any so-called Senior Common Room. Predictably, the University Senior Executive Team sought to exploit that traditional title, with its musty whiff of Old-Boy culture, in vindicating their plan to abolish the staff bar on the specious grounds of “elitism” and “patriarchalism”. But what part of those charges simply reflect the prejudices that fuelled their own behaviour in the matter? 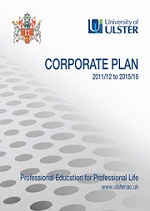 What the membership of the SCR objected to most of all was the absence of any form of negotiation, any public discussion, surrounding the closure of their premises. This was carried out with a confusion that partly reflected the Administration’s own uncertainty about the extent to which it had to go to secure the licence in the area, but also revealed an explicit contempt for the members of the club in so far as no one thought it necessary to tell them what issues were at stake, what realities were impinging on the Executive’s thinking, and what economic alternatives to the intended catering monopoly the Administration was facing.

END_OF_DOCUMENT_TOKEN_TO_BE_REPLACED

Let’s be fair – you have to consider both sides of the question. So in this post we’re going to look at the closure of the Senior Common Room from the Administrative standpoint. These are recessionary times and universities have to pay their way like everybody else. Fees are back in place for the first time since the 1960s, and the “charity institution” status of the university is a matter of tax exemption only. In every other way it behaves like a profit-making corporation. It is a corporation; it corporatised itself some years ago, if only to fall in with the current ethos of Public Administration and to endow itself with a CEO. And hey! it’s leadership cohort – Vice-Chancellor and Chair of Council – are both corporation men, pur sang.

The boys at Mount Charles

In this climate, the Vice-Chancellor (aka CEO) and his Senior Executive Team (SET) have the task of keeping the University in the black – and that means out-sourcing as many services as possible in order to cut back on the wages and pensions bills. Hence no more cleaning ladies working for the University on terms of virtual tenure, and no more pensionable Security Staff loyally serving the College up to the statuary age of retirement. It also means continually shaving away at the proportion of teaching staff to students and docking student support wherever possible – especially in regard to the traditional provision of cheap food for the student body.